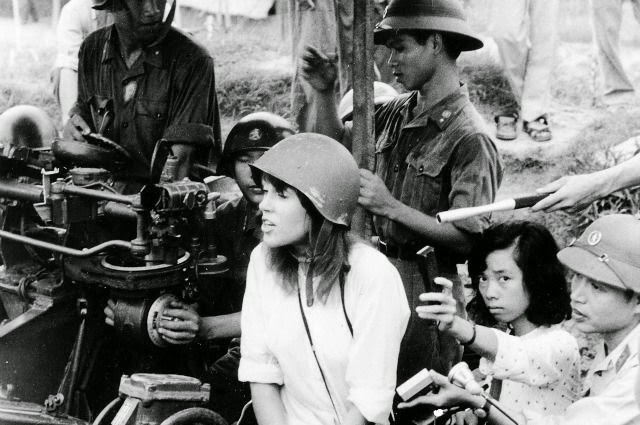 “Hanoi Jane” photo — A photo taken of Miss Fonda sitting on a North Vietnamese anti-aircraft gun targeting U.S. planes, laughing and clapping with enemy soldiers in 1972, haunted her throughout her career. It earned her the nickname “Hanoi Jane,” and she has been vilified by her critics ever since. “The image of Jane Fonda, Barbarella, Henry Fonda’s daughter, sitting on an enemy [anti-]aircraft gun was a betrayal, ” she acknowledged in her autobiography. She told Oprah Winfrey: “I will go to my grave regretting the photograph of me. … It hurt so many soldiers. It galvanized such hostility. It was the most horrible thing I could possibly have done. It was just thoughtless.” 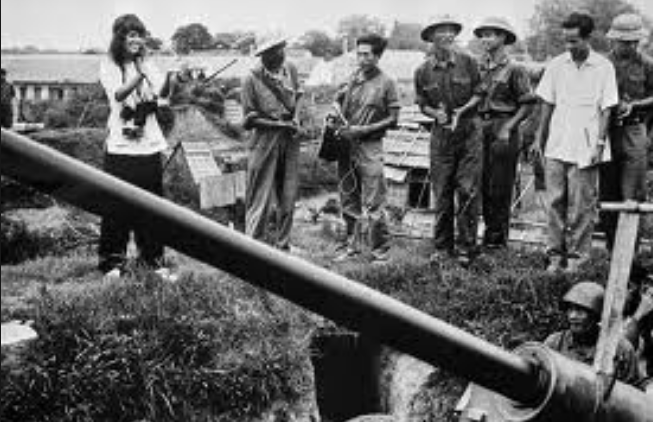 "The anti-war movement of the 1960s and early 1970s was, in fact, two parallel movements. The majority of anti-war protesters simply believed that American participation in the war was wrong. Their objective was American withdrawal from Vietnam. But a hard-core, hard-left minority in the anti-war coalition favored a communist victory by the Viet Cong and North Vietnam.
However witlessly, Jane Fonda lent herself to that latter goal, a communist triumph in Vietnam.
When the Soviet-armed North Vietnamese army overran South Vietnam in 1975, Fonda's then-husband, the left-wing radical Tom Hayden, expressed his relief and approval. When the North Vietnamese, quite predictably, imposed their totalitarian system on South Vietnam – complete with concentration camps that imprisoned hundreds of thousands of South Vietnamese and the extinguishing of all civil and political liberties – Jane Fonda said she couldn't object because the evidence of oppression was unproven.
When, by United Nations estimate, a quarter of a million South Vietnamese boat people perished at sea escaping their supposed liberators in the 1970s and 1980s, Jane Fonda was silent. When 2 million Cambodians were murdered or died of privation at the hands of the communist Khmer Rouge (originally Hanoi's allies), Jane Fonda had nothing to say. When the people of reunified Vietnam were denied basic human rights and continue to suffer today under Hanoi's one-party dictatorship, Jane Fonda apparently was too busy with her personal life to comment.
That's a lot to answer for, Hanoi Jane."

Rober Caldwell, a Vietnam veteran, is editor of the Insight section

Read the full story at:
utsandiego.com/uniontrib/20050410/news_mz1e10caldwl.html 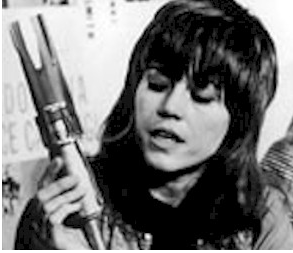